Constructing buildings, partnerships and relationships with integrity since 1879

This new construction project of 4 blocks of buildings consisted of 28 multi-family town house style units was constructed in 2020. This will serve the local Bethlehem, NH community and provide housing that is in walking distance of town, and school systems. 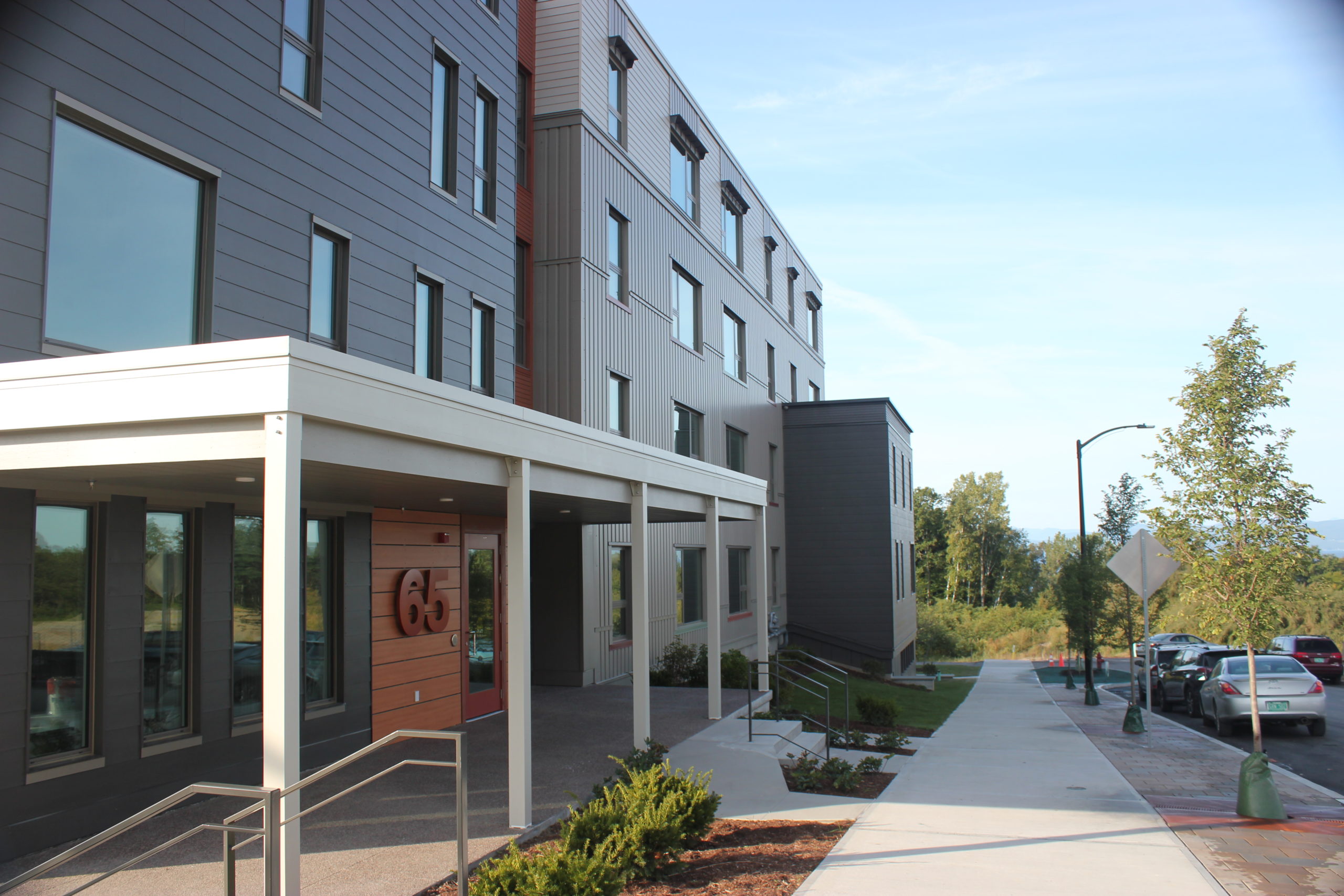 New Construction of 76 units of housing in on 4 story, wood framed structure over a concrete and steel open parking garage. This new construction project was approx. 110,000 sf panelized construction was completed in 14 months. 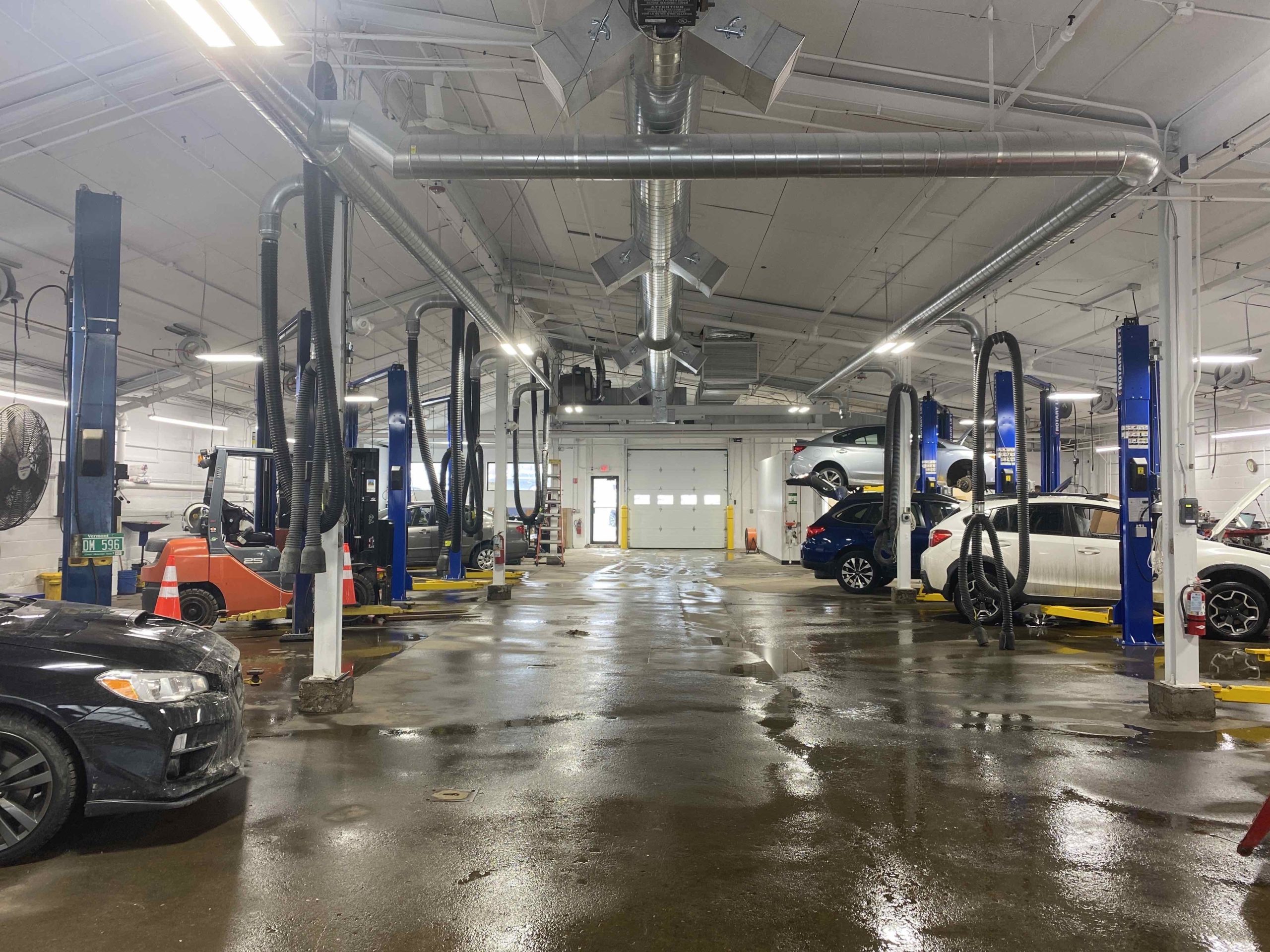 One of our recently completed renovations of the service bay at Burlington Subaru. This two phase project consisted of renovating 10,00SF of existing conditions and recon bay buildings. This included a complete upgrade of all mechanical and electrical systems, new restrooms, a revised layout to accommodate full building drive through capabilities with a new Overhead door, energy efficient lighting, added compressed air lines and drops, and new finishes throughout. We teamed up with New England Air Systems to upgrade all MEP systems including three new “Used Oil” storage tanks, which provide heat to (2) separate buildings. That’s right, a heating system fueled by waste oil from your car!

This was a complete renovation of the old Blodgett Oven manufacturing plant in Burlington Vermont. The scope was expansive and focused on sustainability which included a 33,000 SF roof top PV system, 3 Geo-Thermal wells, 2 new ERVs, 88 heat pumps, energy effect lighting fixtures, and a tight building envelope that achieved 62% lower/better than the specified maximum air-leakage! 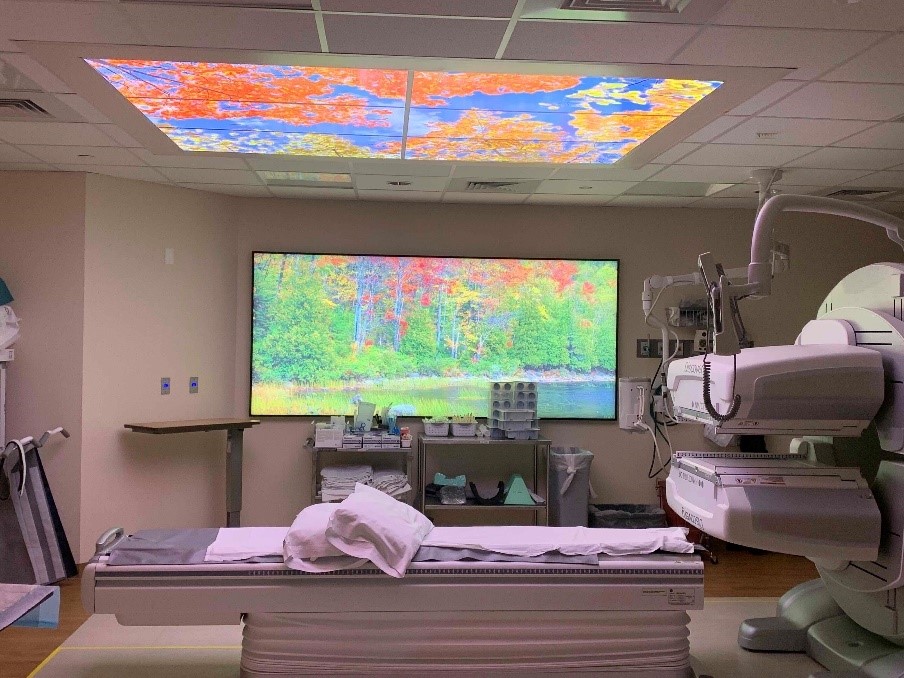 The addition and renovation to the Nuclear Medicine space included a 520 square foot addition, and renovations to 1,400 square feet of existing space for a total of 1,920 square feet. A temporary nuclear medicine scan trailer was brought in by RRMC and HPC provided a temporary covered walkway to the trailer during the work. The new layout provided a large scan room, control room, injection, hot lab, waiting, toilet, and stress testing. The project also involved relocating existing mechanical equipment serving the existing MRI and some site improvements. 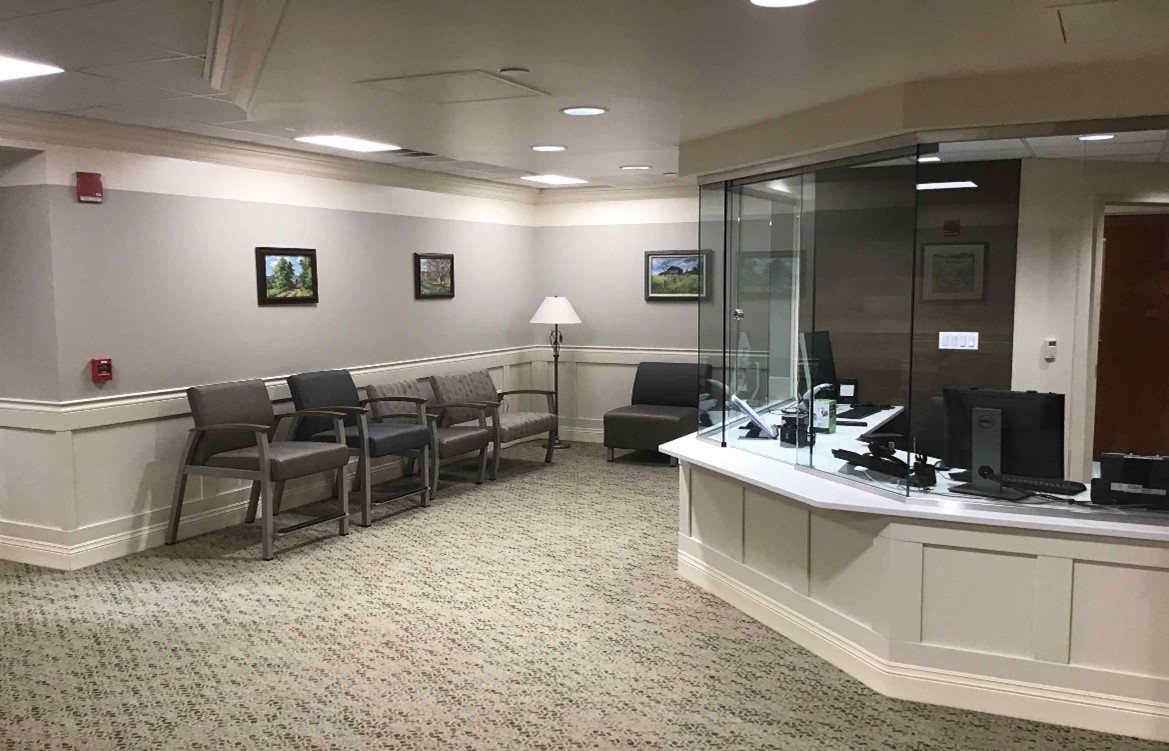 Renovations to the existing Foley Cancer Center involved 5,685 square feet broken up into four separate phases. The renovations included alterations to the layout of the spaces and finish upgrades. The new waiting room had the most work and provided a new waiting area, check-in/out space, and nurse work space. 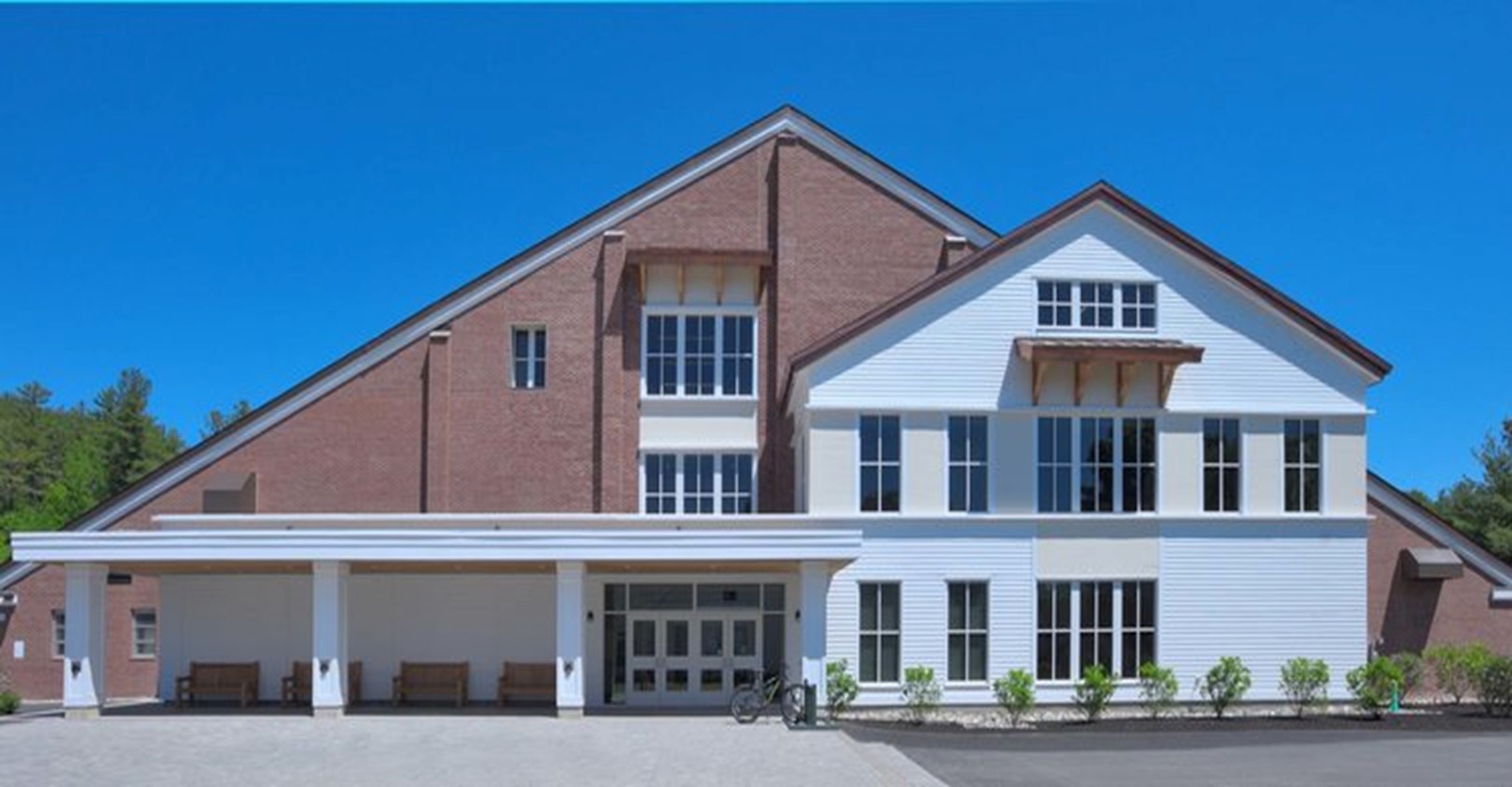 The Field House project is broken up into four phases to allow the owner to continue the use of the building and most of its functions.

The first phase consisted of 15,000 square feet of gymnasium upgrades which involved taking out the existing weight/exercise room, removing the existing gym floor which was a reclaimed wood floor from another gymnasium. The new gymnasium has a new clear finished Maple wood floor. The gymnasium work also added a synthetic turf strip, new fans in the ceiling, new basketball hoops, a new speaker system, painted ceiling and walls, padding, and a new aluminum banner for images.

The second phase involved 5,370 square feet of the existing building on the Eastside and was a full gut of the old kitchen, conference, and locker spaces and provided a new weight/exercise room, trainer room, and office space. We also built a new catwalk, storage, data, and mechanical space on the second level which included another 5,290 square feet.

The third phase involved the South end of the building. We demolished the existing Dining space, offices, mechanical, the remainder of the kitchen, and a small addition on the Southside of the main building. We then added structure to provide three floors inside the large open space to provide 18,300 square feet of space. The first floor provided new locker rooms, athletic director office space, large open lobby/lounge space, and bathrooms. The second floor provided four large classrooms, and flex locker room space. The third floor provided two more classrooms, offices, storage, and a large open wellness studio or classroom space. This phase also involved major site improvements to the East and South sides of the building which included a walkway/patio space that consists of a heavy-duty paver surrounded by new landscaping and lawn, and in-ground concrete footings with anchors for event tents.

The new outdoor center consists of 10,219 square feet. One the first floor level there is 5,767 square feet of mixed use space that has a shop to work on outdoor equipment, ski and bike locker space, flex space with work benches for servicing/tuning bikes, skis, snowboards or other outdoor equipment, a wax room for skis and snowboards, flex space for bringing in and storing outdoor equipment, a conference room, climbing wall, and coach/teacher locker rooms. The second floor consists of 4,452 square feet of storage space with a wire mesh screen and door system to secure separated storage spaces with build in rack systems for kayaks, bikes, camping gear, ski/snowboard gear, and other outdoor program equipment. 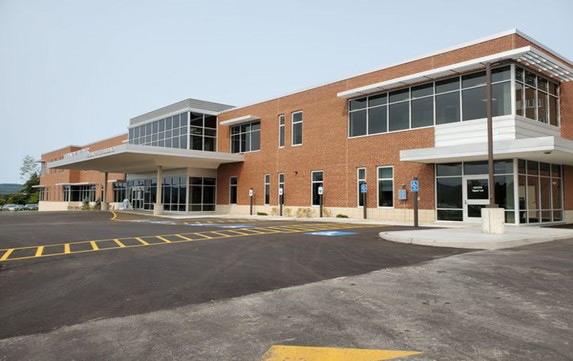 The new MOB building consists of two stories, 35,000 square feet. The first floor is the new home to the Vermont Orthopedic Center and the Physiatry department and the second floor is where Ear, Nose, and Throat are now located allowing RRMC to move out of two separate offsite buildings and bring the services to their main campus. The Loading Dock consisted of a two-story addition, 6,590 square feet, as well as renovations to 2,180 square feet of the existing Loading Dock and food service area. The first floor has new loading dock lifts, trash compactors, compost storage, and freight elevator. The second floor has new food service offices, and storage space supporting the kitchen.

This project involved transforming a space that housed a swimming pool into a new 282 seat recital hall. It included a radical renovation of the interior and a “light touch” restoration of the building’s exterior. The hall is a warm, inviting space with natural light and birch woodwork. The original building was constructed by H.P. Cummings in 1927.